Recently, I was asked to do a demonstration on local and sustainable poultry from Misty Knoll Farms in Vermont. One of the owners, Rob Litch, an expert on raising sustainable poultry, and I opened up the all-day symposium held at Southern New Hampshire University (SNHU). It was basically an all-day team building seminar where we talk about food, watch demos and eat well!

In order to show a way to use everything on their turkeys, I decided to do some charcuterie, which I hadn't done since 2011!

I wanted to show the chefs not only how to utilize the entire bird, but to introduce or, perhaps RE-introduce a seemingly dying craft of preserving meats. Being a huge fan of charcuterie, I went with the classic gallentine, literally uses the entire bird. Rillettes, which is a great way to use roasted scraps of turkey (or any meat, I would guess!) and, everyone's favorite, spicy garlicky smoked sausage. I was able to throw together a quick liver pate for my troubles, which was a nice surprise!


In order to get a cleaner looking pistachio for your galentine, I flashed them in boiling water for about 10 seconds, drained them and then rubbed them in between a couple cooks side towels. The skins came off almost perfectly and resulted in a nice green gem!
﻿ 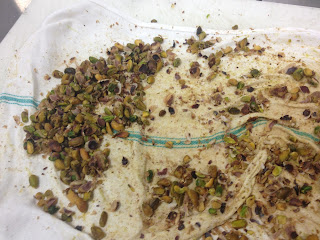 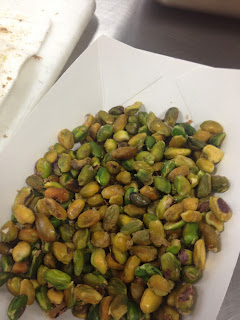 In my haste, I forgot to take pictures of the early stages of my gallentine, so I Googled a couple pics and cited them below.

After skinning, de-boning and cubing my turkey meat (equal parts dark and white), I marinated the meat in a little cognac and simple pate spices. 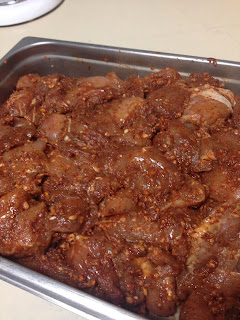 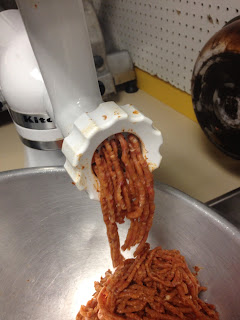 Folded in a garnish of roughly chopped dried cranberries and pistachios and a few eggs to help hold things together.

Gotta do a taster test of course! 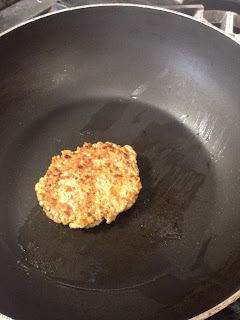 I layed out the skin and spread the farce onto the meat. 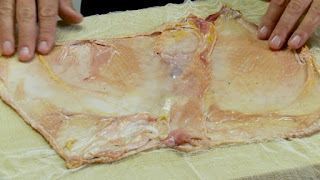 Thank you http://themeateater.com/2012/turkey-galantine/ for the great pics!

And is ends up looking something like this: (thank you http://cairncrestfarm.blogspot.com for the pic!) 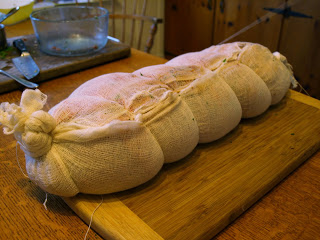 Then I made an awesome rich stock by roasting the turkey bones and mirepoix then poached the galentines in said stock at 180 to 190 degrees. I poached them for about two hours, until the galentine reached an internal temperature of 150 degrees F. 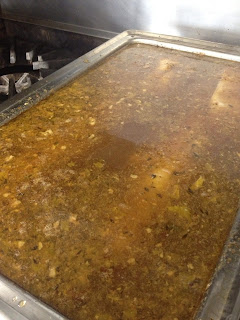 The rillettes, is a great way to preserve roasted scraps of the turkey with a layer of fat. Duck is the most common meat used in such a thing but using this awesome bird and topping it with duck fat seemed like an awesome idea and it was! Just take all the scraps off of the roasted bones before making stock, the cuts that aren't used, etc. Just roasted them up, seasoned them and paddled in some melted duck fat. Once I placed it in a pan, I poured more melted duck fat on top and let it sit in the cooler for about 3 days before eating. Amazing on crackers or great crusty bread.

This should be enough! (evil laugh) 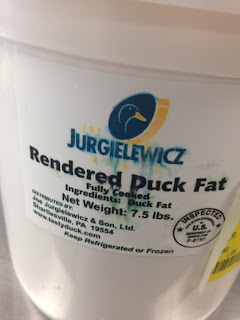 The rillettes before the cap... 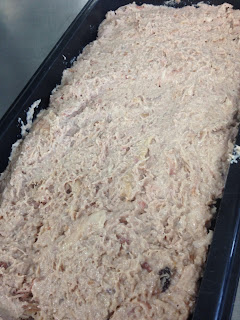 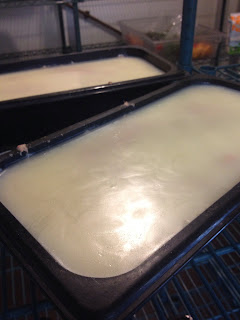 Of course, I made some awesome sausages and, finally, with the livers, made some quick pate. 100% usage of those amazing turkeys. They had a great life and an even better death. :) 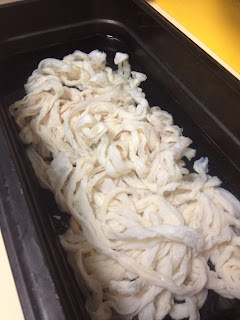 Smoked them with this little bad boy gun smoker... 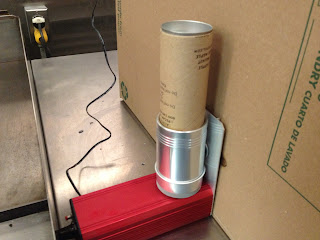 Yes, I even made my own spicy mustard! Can't go wrong with that :) 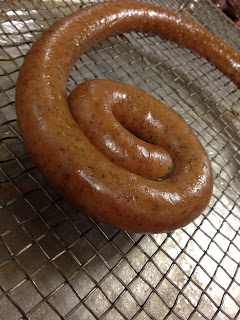 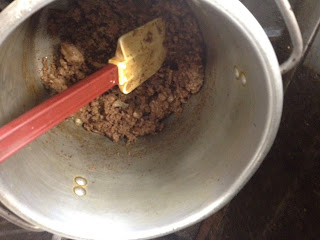 Posted by Chef Bradley at 8:56 PM No comments:

When you're as busy as I am, you find its awesome to get out of the ordinary and head out to help your fellow chefs and managers during their busy times. 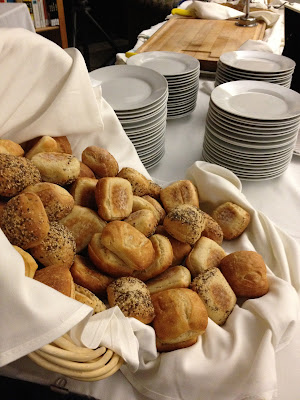 That's a lot of salads! 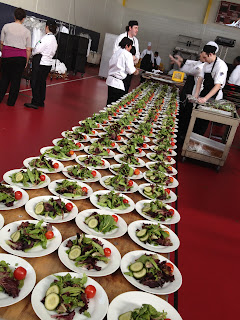 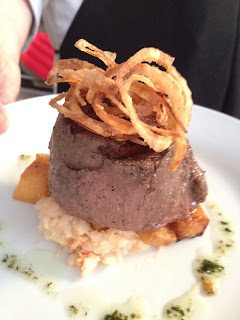 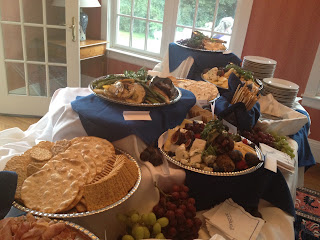 I love traveling around the New England area. I'm heading out in the new year to compete in a 4-man ACF competition. I will be blogging about that in the future. I'm finally on a long awaited vacation and I'll be posting a lot of blog entries for your reading pleasure.
Posted by Chef Bradley at 7:48 PM No comments: